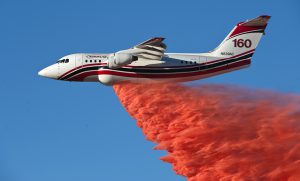 Another nearly obsolete aircraft I’ve worked on is the BAe 146. I visited the Air Wisconsin facility in Appleton, WI in the early 90s, a place I would never have expected to return to. Unbeknownst to me at the time, EAA had a rapidly growing aviation hobby center about 20 miles to the south. In Appleton, I performed as a liaison engineer for Airworks / AES / Schwartz Engineering doing Satcom/ADF installations on a BAe146 Italian charter airline (Meridiana* if memory serves me. They operated BAe 146-200 aircraft from 1991 to 2004).

The BAe146 made its first flight in 1981. Renown as the most successful British civil jet airliner program, the 70-seat regional airliner was operated under United Express, a.k.a. Air Wisconsin. Approximately 387 (394) aircraft were produced. The Avro RJ was an improved version introduced in 1992. All BAe146 / Avro RJ production ended in 2002. Around 220 aircraft still operate worldwide in various roles. A conversion, popularized by the United States Forest Service (USFS) and Canadian firefighters, sees the Avro RJ and BAe 146 presently being used as airtankers. 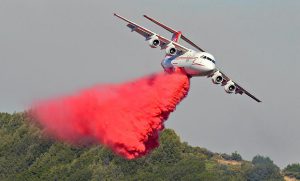 *Meridiana was set up under the name of Alisarda on March 29, 1963 by Aga Khan Prince Karim Al Hussaini with the aim of promoting tourism in Sardinia. Scheduled flights commenced in 1964. The name was changed to Meridiana in 1991, the same year the company began its BAe146 operations. 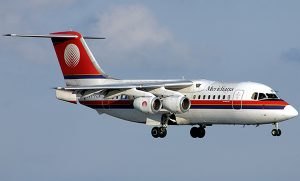